St Andrews – an ideal City for the future? 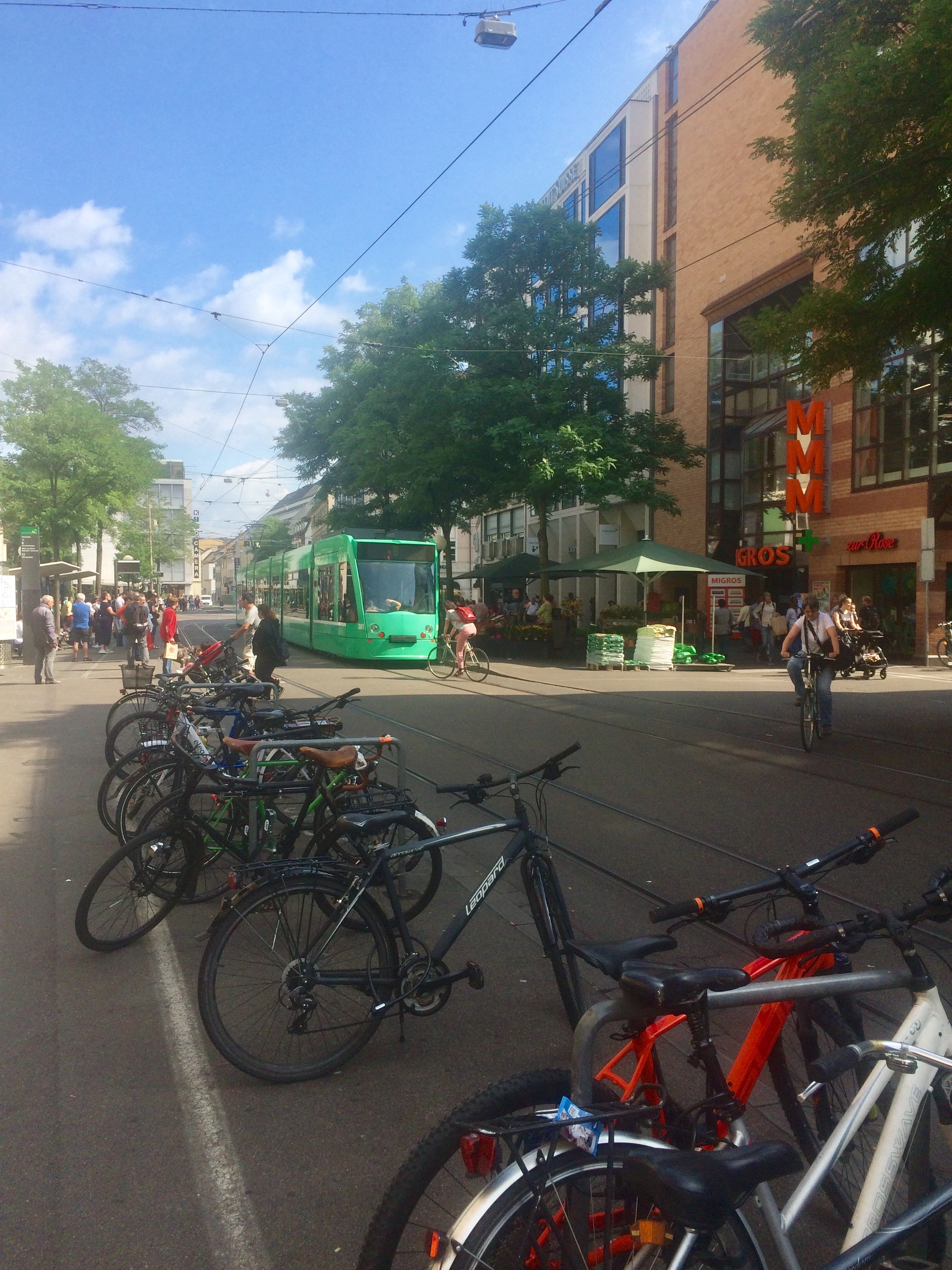 With another couple of car-free days coming up for St Andrews in August, I have been pondering what my ideal city would look like. We all, I’m sure, harbour thoughts and ideas of what an ideal city would look like; would it be cycle friendly, car-free with leafy parks, a good public transport system and wide boulevard pavements with street art and street markets and ready access to good retail shops and café’s museums and art galleries? The structure might differ as to the siting of the city, whether it had a river running through it, or whether it was located on a bay with a waterfront or land-locked. Cities, of course, evolved from just such natural positions such as natural harbours (Hong Kong, Cape Town, Rio de Janeiro, New York, Sydney, Toronto or Halifax), river crossings (London, Paris, Shanghai, Rotterdam, St Louise), while others have sprung up around natural resources like diamonds (Kimberley), coal (Newcastle), gold (Johannesburg) or oil (Abu Dhabi, Houston, Calgary). Some cities were constructed de novo as new capitals, such as Brasilia in Brazil or Canberra in Australia. Historic cities like Athens, Rome, Istanbul and Venice have functionally changed with time, while newer cities such as Dubai and Singapore owe their importance to geographic positioning, free-trading, electronics, international banking and wealth fund management.

But what makes a city vibrant, liveable and sustainable? Copenhagen generates income through pharmaceuticals, shipping, tourism, finance, biotechnology and banking and is often cited as one of the most sought after cities in which to live in the world, because of its quality of life, social safety, public transport, cycling facilities and environmental policies (Wikipedia). And therein lies the key to its success. I have just spent a fortnight in Basel, Switzerland and several things struck me in terms of our search for the ideal city. Firstly, it is spotlessly clean and the Rhine, which runs through it is clean enough for swimmers, indeed on a hot summer’s day hundreds of Baselites float down its cool waters. Secondly, the public transport is outstanding, with electric trams every five minutes connecting the city with the suburbs, stations and both France and Germany. The electricity is sustainable; hydroelectricity is generated upstream in the Rhine. The busses are powered by biogas. There is limited street parking so there is no point in owning a car; why, when the public transport system is so good and there is no parking? For shorter commutes, city dwellers can either walk or cycle, so the streets are devoid of cars, but full of people on bicycles; a bit like Amsterdam. The only cars you do see are after hours taxis (all ecars), police cars (Tesla ecars) and the odd delivery truck. The result is amazing; happy, healthy people living in a beautiful, clean, quiet, pollution free city. The home of Roger Federer. The same factors that have made Copenhagen infinitely liveable, also apply to Basel. Both are expensive cities in which to live, but then salaries in Denmark and Switzerland are also high. One Sunday we decided to go to France for lunch so hopped on the tram 8 to Weil am Rhine, Germany and walked across the Three Counties Bridge into Huningue, France. The food and coffee at the roadside café there was superb, but the town was very noticeably dirty and loud from passing motor cars and motor cycles polluting the narrow streets.

St Andrews again hosts car free days on the 24th of August and the 7th of September, where Market Street will again live up to its name, a street with markets and no cars, as it was in medieval times. It will be noticeably quieter, with perhaps the odd tinkle of a bicycle bell and companionable chat from among the folk at the street vendors. Indeed St Andrews has many of the attributes that make it a sought-after city, with its quality of life, social safety, cycling facilities and clean environment. Transition, Clean-and Green/BID, St Andrews-in-Bloom, Sustrans and many other groups are pooling their efforts to make this Cathedral City attractive for visitors and residents alike. Projects like Bike Pool (cheap bike hire and maintenance), cycling routes linking the city to the surrounding villages (Cycle-to-work, bicycle purchase scheme, St Andrews-Leuchars Cycle Path, St Andrews-Crail Cycle Path), city cleansing above and beyond the remit of Fife Council (Clean-and-Green/BID), the distribution of flower baskets through the city (St Andrews-in-Bloom), the presence of ecar and ebike hubs in the city and the introduction of car free days in combination with the local Farmers Market have all contributed to improving the environment both in beauty and in health, which improves social cohesion and quality of life. What we now need for the future is a by-pass so vehicles do not have to pass through the city en route to other parts of Fife, a tram link to Leuchars (a train link has already been pressed by StARLink – The St Andrews Rail Link Campaign), more ecar and Ebike hubs, more pedestrianised roads in the city and the conversion of our buses to hydrogen or electricity. Although there were problems in delivering the Edinburgh tram system, for instance, it now links the City with the Airport. Cities like London (air quality news), Aberdeen (H2Aberdeen) and Birmingham (SMMT) are trialling hydrogen powered buses while in Wuhan, China, hydrogen buses called the ‘Skywell Tigers’ are to be mass produced in the next two years (energylivenews).

I, for one, am looking forward to the new St Andrews, which will be closer to an envisaged ‘ideal city’, with far less cars, and more happy, healthy cyclists and pedestrians bolstered by a sustainable public transport system in the years to come.