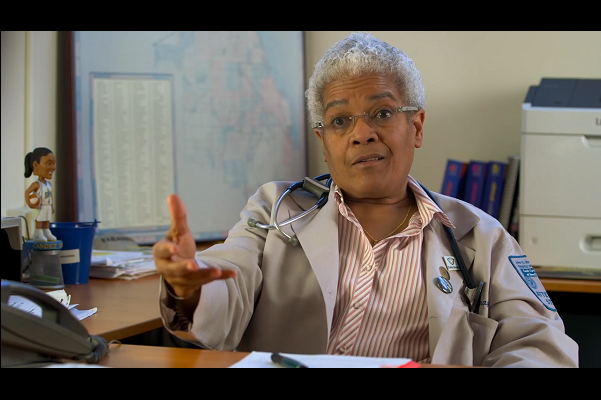 Thanks to Tristan Sharman from the Green Film Festival for this piece.

On Wednesday the 25th November, the Green Film Festival were invited into a collaboration with the University’s Film Studies Department and the Byre Theatre to host a discussion around their screening of Judith Helfand’s ‘Cooked: Survival by Zip Code’.

The film, about the slow-motion disaster of inequality that came to light during the 1995 Chicago heatwave, gave a great launch to how we can tackle the inequalities closer to home that don’t have catastrophic events to expose their extent. The group also became incredibly reflective after seeing a pre-recorded interview with Helfand, chatting about our strengths and limits as filmmakers, promotors and activists.

The discussion as a means of engagement with social issues following a documentary was incredibly valuable and something that the Green Film Festival, alongside the BAME student network, were glad to host. Topics were debated, connections between different groups made and actions points produced for the participants to continue to learn, collaborate and act. The Green Film Festival look forward to hopefully seeing some returning faces from the discussions in the future!